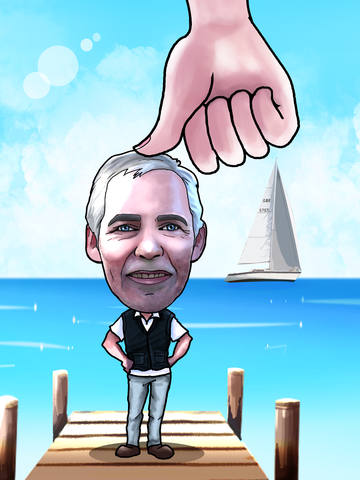 Fantastic, thank you so much.

David wanted to make a cartoon of his very good friend for his stag doo (stag party or commonly known as a bachelor party). He wanted to use the design to print on shirts that they will be wearing on the party! As a joke-- he wanted the cartoon of his best friend to be "under the thumb" literally. I bet this caused a bunch of laughs! I appreciate you choosing me to work with you on this awesome memento David, thank you again!