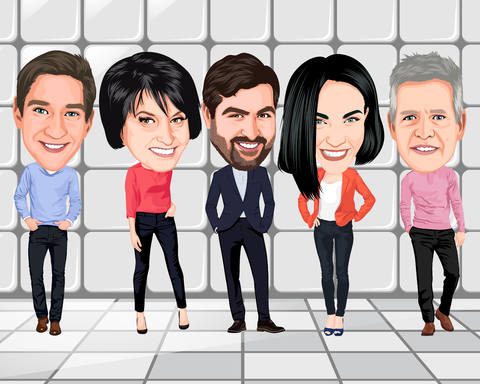 These are awesome! Thank you!
https://www.whiffaway.com/about-us/

Georgina started with a cartoon of herself, found it awesome, and decided to create more cartoons for her team. But unlike her original cartoon which was just a CARTOON FACE-- she wanted something that could represent her team inside a washroom since they're in as she said the "toilet business" (but it's actually a lot more awesome than that!). I decided to upgrade her cartoon to a GROUP CARICATURE with the body using my SIGNATURE THECARTOONIST STYLE. Here you can see the finished cartoon with her entire core team. You can also check it out on their ABOUT US page under "Leadership Team".