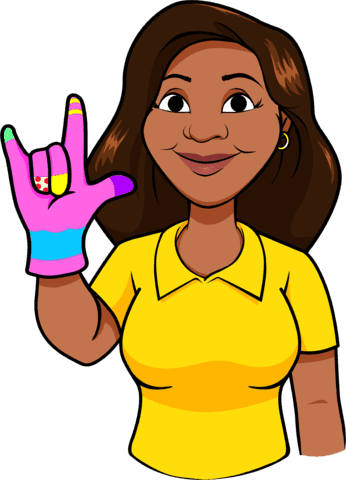 Awesome! Thank you soooooo much. I love them. I will be in touch as soon as I’m ready for the next grouping.

After numerous attempts at different artsits, Debora just wanted help creating her own American Sign Language cards using a toy she had created. She wanted a cartoon of at least ten cards, each depicting a common sign with her likeness in each drawing. I really enjoyed working with this project because it was so unique, and the final cartoons looked really clean and professional. 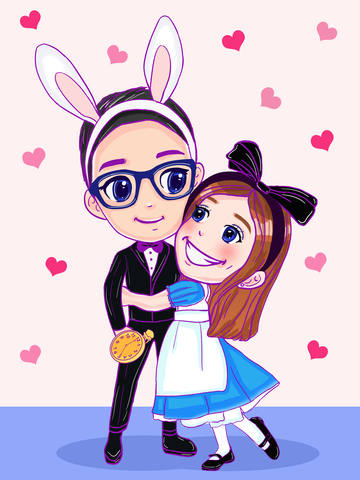 Thank you so much! I really love it :)

Rachael wanted to create a unique card to give to her girlfriend for their anniversary. It took a bit of a back and forth since she wasn't sure what art style as well as the concept in particular-- but she was decided on a Chibi-like art style that features exaggerated features. I tailor-made this style particularly for them to depict them as best as possible. The drawing was wonderful and she had a great experience overall. Glad to share this memorable cartoon with you Rachael! 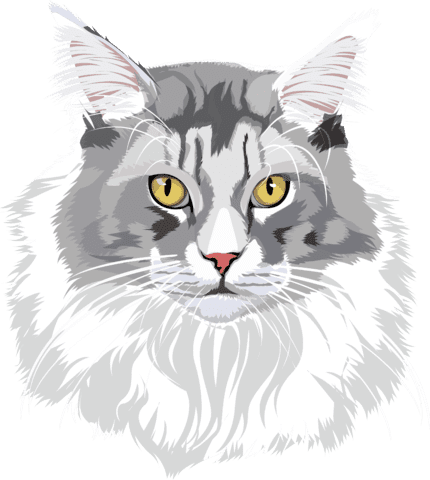 Yes, perfect! Thank you. Very good. Thanks again for the cats and feel free to use them as examples of your work on your website or social media.

John wanted to create a cartoon of his two cats to incorporate for a Christmas card he was going to give to his partner. He only needed help with the cartoons of his cats since he is a bit of a graphic designer himself. I couldn't be happier to find out that he enjoyed my renditions of his furry friends. The cartoon drawings were fantastic; glad to be recognized by a fellow artist! :) 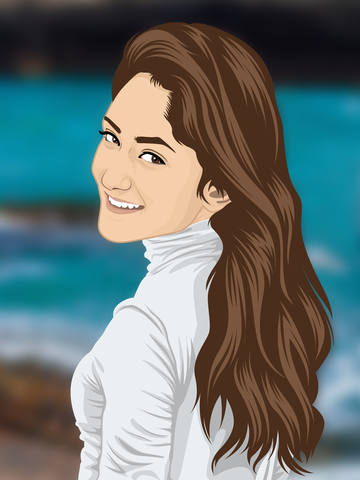 Thank you so much! It looks great! If you'd like to share it I'm totally fine with that.

Maya wanted something simple done that day-- she just wanted a cartoon of a photo she had. I decided I'd recommend my SIGNATURE THECARTOONIST STYLE which she agreed wholeheartedly that it was the right choice! I'm happy to report that this was another great success for TheCartoonist's number one artist-- me of course! :) Thank you again Maya and I wish you well. 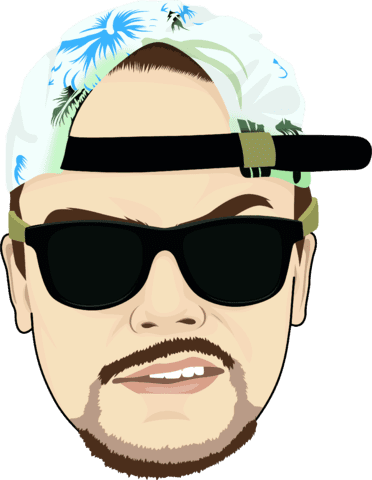 Thanks man i really like it alot !! Success with all your other projects!

Terry is a DJ in the Netherlands and he never had his own logo. His budget was limited so I suggested he opt for my SIGNATURE THECARTOONIST STYLE cartoon face-- my best selling product! After 24 hours, he received this cartoon and he totally loved it! It gave him the flexibility to use his cartoon on his merchandise, shows, and among other things that require promotion and marketing. Thanks again Terry, hope to work with you again soon! 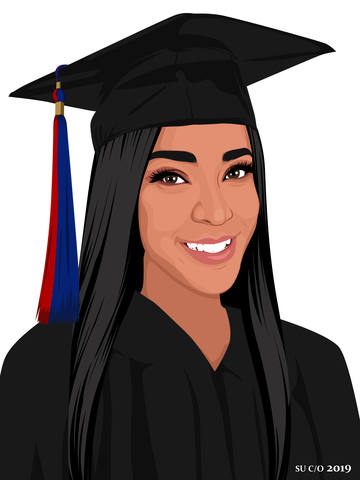 I absolutely love these! Thank you so much. You certainly can share these on your page. I only ask that you do after 5/18, as that’s her graduation date and i want her to be surprised. I think we’ll have some shirts made. :)

I will definitely tell my friends and family about you. My sister Tavia had you do some cartoon images of me back in February that i loved. She referred me to you.

Tiffany wanted to make a cartoon image of her little cousin who was graduating in a couple of weeks. Problem is, the photo she had was just a casual photo and she wanted a cartoon where she was wearing her graduation cap and gown. Using my SIGNATURE THECARTOONIST STYLE, I made a cartoon from a photo of her but changed the outfit into the graduation usuals. Tiffany certainly loved it and I hope her niece did too! Thank you again for choosing me as your artist! :)

Fantastic, thank you so much.

David wanted to make a cartoon of his very good friend for his stag doo (stag party or commonly known as a bachelor party). He wanted to use the design to print on shirts that they will be wearing on the party! As a joke-- he wanted the cartoon of his best friend to be "under the thumb" literally. I bet this caused a bunch of laughs! I appreciate you choosing me to work with you on this awesome memento David, thank you again!

BRO!!! that is sooooo wonderful!! We love it very much, no joke. Thank you so much for the artwork again. We are loving this right!!

JePaul wanted me to create a cartoon logo for his Mexican food business: Mama's Y Papa's. JePaul wanted a very cartoony version of him and his wife using his chosen art style. He was on a bit of a tight schedule since he needed the design to put on the side of their food truck (he was expanding business!). Regardless, it was a really iconic cartoon logo that JePaul would update over the years with me. Thank you again JePaul for your continued support!